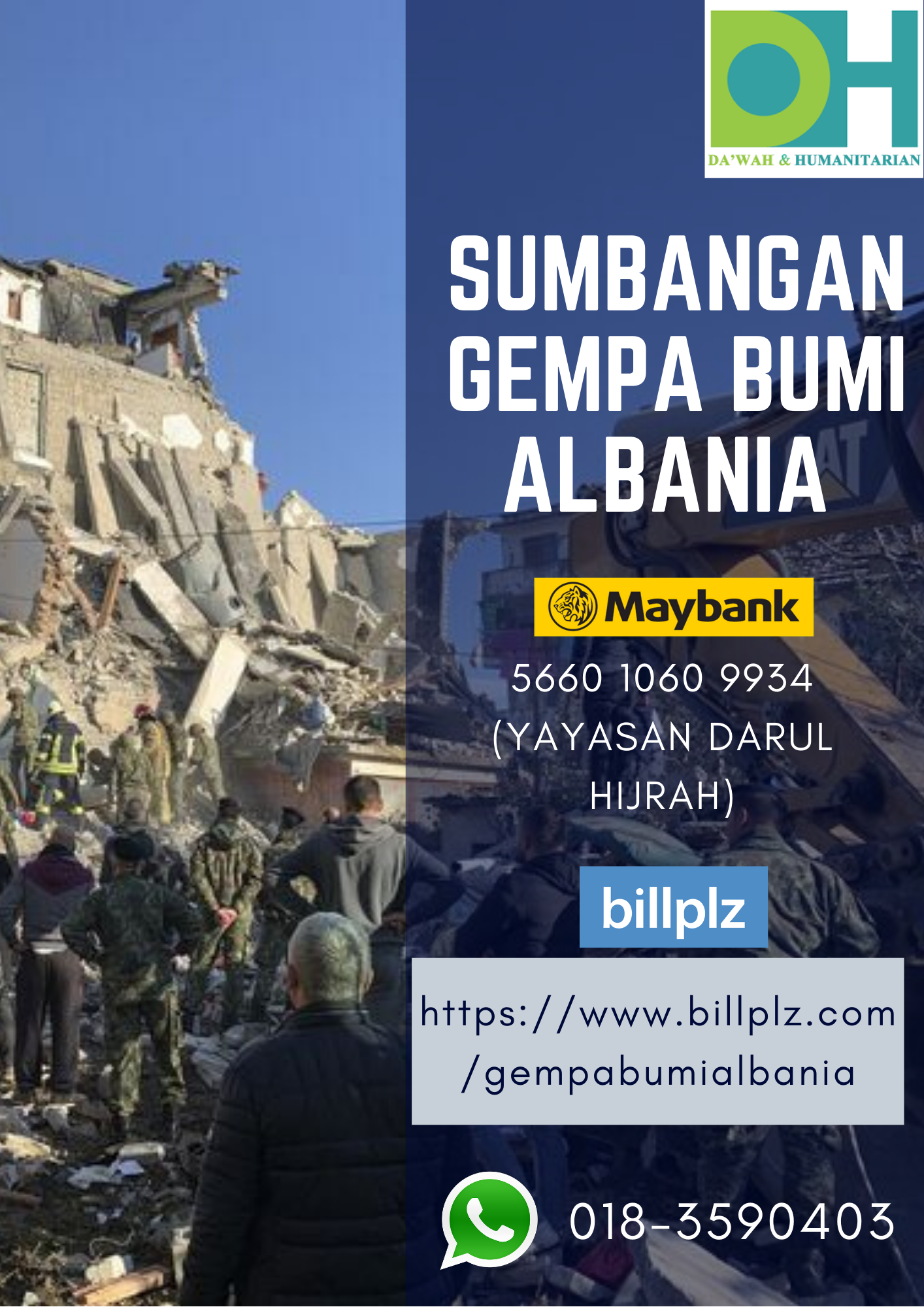 It was the most powerful earthquake ever to hit Albania in the last 4 decades that has levelled buildings, apartments and hotels in the city of Durres and neighboring city, Thumane.

More than 40 people have been reported killed while hundreds were reported injured and missing.

According to Olta Xhacka – the Defense Minister of Albania, this is the most powerful earthquake ever to hit Albania since 1979.

More than 250 after shocks were felt to as far as Bosnia and Kosovo.

Efforts are still being made to rescue survivors trapped under the rubble.

Rescue teams from Italy, Greece, France, Turkey, Croatia, Montenegro, Romania and the US have joined the Albanian team, scrambling throughout in their frantic effort to look out for the survivors.

Albania is one of the poorest European countries with almost 60% of its total population being Muslims.

In our effort to help ease the victims and their families who have lost loved ones and their homes, Yayasan Darul Hijrah with Albanian Imams League has launched the Albanian Quake Fund.

You can channel your donation to the below link:
1) https://www.billplz.com/gempabumialbania

Email: admin@yayasandh.com for us to issue you receipt
Please do Inform us of your donation :
www.wasap.my/60183590403

“Indeed, those who recite the Book of Allah and establish prayer and spend [in His cause] out of what We have provided them, secretly and publicly, [can] expect a profit that will never perish. That He may give them in full their rewards and increase for them of His bounty. Indeed, He is Forgiving and Appreciative.” (Faathir: 29-30)